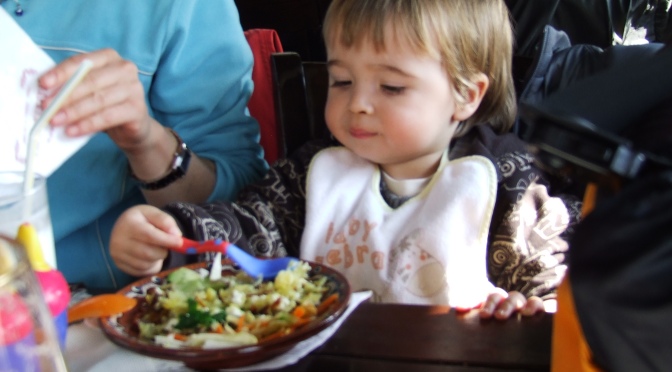 Bulgaria is a beautiful country.  Pristine rivers run through the Balkan and Rhodope mountain ranges, flowing across the Thracian plains, finally reaching the Black Sea.  Its bordering neighbors include Macedonia, Serbia, Romania, Greece and Turkey.  The country is about the size of Tennessee, with a population of nearly 7.5 million people.  The cities have a very vibrant, modern feel about them.  Venture out into the countryside and you’re very likely to find an older couple, sitting alongside of the road, proudly hawking yogurt, wine, potatoes and onions, all produced on their family’s farm.

An overly generalized description of the Bulgaria people would be black hair, pale white skin and physically fit.  A majority of the youth speak some English.  The percentage above the age of fifty that speak English is around zero.  Bulgarians are a proud people.  They’re serious about lessons learned from their past, eagerly open to the possibilities of a modern future.

I spent twenty-two days in Bulgaria, almost the entire freezing month of March.  Why twenty-two days?  Other than passport regulations, I had no restrictions on the amount of time that I could spend visiting. Twenty –two days was the result of searching on the Internet for the best deals on a round-trip ticket.  Plus it seemed like a nice, round number.  It turned out to be an ideal length of time.  It gave me ample chances to see a good cross section of the country, from the big city to the little country village.  And during the three weeks, I went from being nervous at leaving my temporary apartment, to feeling like a welcomed American ex-pat, to missing my own bed back in the States.

On my first full day in Bulgaria, I had one simple plan.  That was to recover from the jetlag and lack of sleep during my trip.  I needed one thing to go along with my sofa and non-English speaking television shows.  And that was a big, fat liquor drink.  I was positive that I had seen a liquor store on the way back from touring the amazing St. Alexander Nevsky Cathedral on the previous day with Lucy.

In preparation of my adventure in an Eastern European country, I had studied hours upon hours of Jason Bourne movies.  I’m sort of not kidding.  I had jokingly shown family members the location of my apartment and my emergency escape route to the U.S. embassy.  Speed walk south (but don’t appear suspicious) for ten blocks.  Cross east across a large city park.  Forge a small river.  Finally, sprint two blocks south-east to the safety of the embassy compound.

During the time leading up to my visit, I had conducted extensive research on the subject ‘Visiting Bulgaria’.  One common thread amongst the articles was the threat of pick-pocketing, especially by the Gypsies.  Yep, Gypsies.  Gypsies, or the Roma people, are among the largest minority groups living in Bulgaria.    Some native Bulgarians look down upon the Gypsies like bigoted Americans look down at our own minorities.  They are stereotyped as a lazy, dirty people; a lifestyle supported by stealing, human trafficking and government handouts.  Spotting a Gypsy in its natural habitat became a pre-visit goal of my adventure.

So based upon this new-found fear of Gypsies (gypsious-phobeious), I had brought along a security neck purse.  My passport, travel documents, and cash were secured around my neck, hidden beneath my clothing, lying safely above my heart.  And seeing as to how it was a very cold March, it was well hidden under several layers of clothing and a big, thick coat.  Decapitation or kidnapping were the only ways that those mean old Gypsies would ever get to my purse.

Full of nervous excitement, I headed out of my apartment in search of essential survival supplies.  Food and liquor.  As I opened the big steel door leading out of the apartment building, I got the overwhelming feeling that I was walking into the film set of a foreign movie.  I took two steps out of the door onto the sidewalk.  And there I stood for a moment.  The clear skies were a beautiful shade of blue, the sun provided warmth to my face, despite a chilly breeze on my skin.  The sidewalk was alive with pedestrians; the four-lane avenue was full of honking cars.  Being a good old country boy, I’m pretty good at keeping my sense of direction.  Yesterday’s walking tour had ended up with a right hand turn into my apartment building, so today I decided to backtrack left, in search of that liquor store.  My senses were clicking at such a high level; my liver could almost smell vodka.

One thought on “Bulgaria (Part Two)”