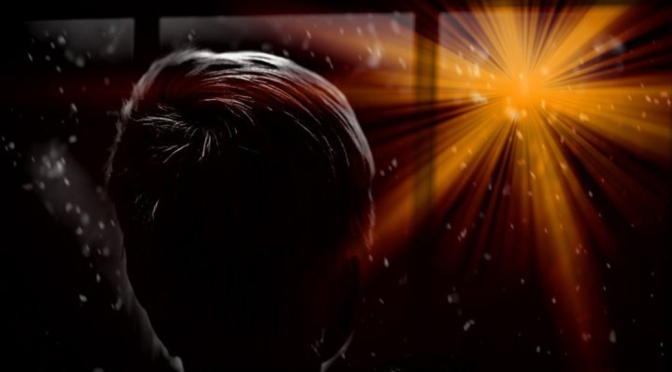 The Christmas Season isn’t the best time of year for many a sad soul. While seemingly everyone delights at the commercial symbols of Christmas, others feel an opposite emotion.

I never spoke with my son outside of the confines of his Mother’s womb.   Perhaps the lack of a voice to remember relieves me of one less thing on which to grieve. I’m lucky, I suppose. The less, the better.  Unlike the cold of winter, the loss of a child never goes away.

His Mother was as wacky as I am when it comes to lucky numbers and other superstitions.  In choosing the child’s name, a formula of specific letters and an exact total number of letters (which even I never understood) was used by her/we to derive at the boy’s name.  His first name would be Andrew.

I’m probably putting too much value into this whole “Divine Power or Coincidence” struggle of thoughts that I feel from time to time.  I sometimes wonder if I’m just going crazy and there’s a big “Conspiracy of Silence” amongst everyone else to shield me from realizing my own insanity.

After spending the first eighteen years of life going to church every Sunday, I deviated way-off course, and went on a big spree of Sin for thirty-years.  After my near-death experience of last year, it’s not like I saw a glaring light from above and suddenly decided to run for Pope of Virginia, but I can’t help but take notice of seemingly inexplicable events from both the past and the present.  Yes, most things happen for a reason, but simply applying logical reasoning doesn’t help explain certain things to me.

Last month, my sister asked if I’d like to join her in a long-overdue Encore Performance by joining our church’s choir during a traditional Christmas program.  The two of us in that Church again, after so many years, should’ve been cause for an early snow storm.  Or locusts.  Or lightning.  But it seemed like the right thing to do.  My Mom would be elated, an early Christmas present for her.  And more powerful was my Aunt’s presence in this year’s program.  Currently battling cancer, she continued a string of appearances that began forty-years ago.

I hadn’t sung in public (invited) since I was a Senior in High School.  I secretly had moments when a case-of-the-nerves would develop, so I began a mental list of calming thoughts.  The sheet music was distributed during the first week of practice.  On the cover of one sheet that I was given, a song which was my Mother’s favorite, was written in pencil the name Howard.  In 1976, I had stood in the choir next to my Uncle Howard.  This old sheet music had once been his own copy.

My Aunt was an obvious go-to when seeking a calming influence to fight any nerves.  At various times during the weeks of practice sessions, I’d have the unsettling thought of “Can I even do this?”.  A little glance over my left shoulder and two rows up, and I could see my Aunt.  And those questions were answered.

Four days before the final dress rehearsal, I had a few extra nerves placed on my shoulders, just in case I had calmed the others.  The choir would enter the darkened sanctuary through a side door.  Myself and a member of the Junior Choir, would lead all the choir members into the church and assist the women up the steps of the performance platform.

The afternoon of the final rehearsal was the first time that I would meet the members of the Junior Choir.  The rehearsal was open to the public and a small group of spectators had gathered throughout the pews.  As we lined-up in the hallway before the big entrance, I thought of how nervous these children in the choir must be.  As I first met the young man who would enter the church with me, I made a point of politely introducing myself, perhaps it might calm any nerves that he might have.

“Hello, my name is Robin” bending down as I extended my hand for a man-to-man handshake.

He took my hand, then looked up from behind long brown bangs, with big brown eyes and politely said…

“Hello, my name is Andrew”

My heart said “Of course it is” but my mouth could not speak.

From where I stood, the weekend went perfectly.  That young man may never understand the good deed he did that day, but I will never forget.

3 thoughts on “Just Because”