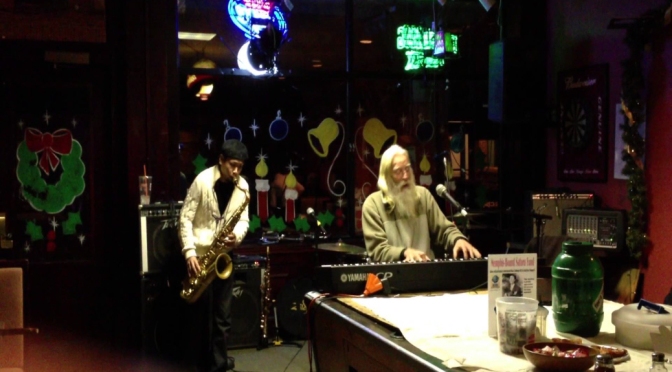 I was sitting at a bar one night in Hilton Head, which wasn’t that uncommon at that point in my life.  But what was memorable was the live entertainment for the evening.

One of the senior bartenders at the restaurant where I was working, Janet, had taken a second bartending job at the newest club in town.  The Old Post Office Emporium.  Hilton Head, South Carolina had outgrown its current U.S. Post Office and relocated operations to a new site.  A few very hip individuals remodeled the old building and opened what would become known to us locals as the OPO.  The Old Post Office.  Unlike the typical touristy spots in the golf mecca that is Hilton Head, the owners of the OPO had one thing in mind with their new project.  And that was high quality live music.  There was a recording room/mixing boards located above the right side of the stage.  Above the back of the 200 seat lounge was the light room, where a tech would control the light effects for live shows.  To the left of the stage was the band dressing room.  There was a front door, bathrooms, and a fully stocked bar.  And there was music.

(Here’s some reading music for ya!” “Preacher’s Boogie Woogie”)

The acts that graced the stage at the OPO weren’t your typical MTV/top-40 types of bands.  But to the lovers of good music, they were the backbone of the industry.  The road warriors that played the gin-joints or the college circuits.  I saw Leon Russell, Rosanne Cash, Jerry Jeff Walker, The Nighthawks, The Skip Castro Band.  You could hang-out at the bar between sets and chit-chat with a Rock and Roll Hall of Famer, Johnny Cash’s daughter, or a bunch of ‘nobodies’ who had opened shows for Muddy Waters, The Beach Boys or played for U.S. President Ronald Reagan’s second inaugural ball.  The morning after one particularly rowdy evening I was told that the  guy who had been sitting behind me, obnoxiously arguing with the waitress, was no other than Billy Idol.

My buddy Mitch was a connoisseur of quality music before The Partridge Family became a sensation or Bobby Brady’s voiced had changed.  Still in high school, he presented me with a black and white paper catalog from Rounder Records, whose sole mission was to record, preserve, and pioneer the development of roots music and its contemporary offshoots.  With a stamped envelope and a personal check, you could venture outside of Dick Clark’s Grandstand and order yourself up a vinyl LP of something raw, different and dirty.  “Check this out!  Check this out!  George Thorogood and the Delaware Destroyers!” The gambit ran from blues to folk to gospel to bluegrass to rock.  It was real music, performed by real artists.

After three weeks of waiting, I had received the latest addition to my collection and had the LP spinning on the turntable.  The album was “Rock and Roll Preacher”, by Preacher Jack.  My Dad came down the stairs pass my bedroom as I was playing my new record for the first time.

“The Singing Waterfall” was the song playing on my stereo.

Years later, as a normal part of work chit-chat, I asked Janet who was scheduled to play at the OPO during the upcoming week.

(holy crap, preacher jack, you are kidding me!)  I was probably the only person within a State border or two that was crazy-excited about seeing Preacher Jack in person.  I tried to spread the word, but everyone with whom I spoke was just too ‘busy’.

(Another tune.  Preacher Jack with “Who will buy the wine?”)

On the first evening of Jack’s two-night stay, I arrived just after the show had started and bellied up to the bar with a few of the regulars.  A total headcount in the entire club was barely over a dozen.  During the band’s first break, I struck-up conversation with the drummer and bass player as they were ordering themselves a beer.  They were amazed as I rattled off the names of track after track from what was the only Preacher Jack album at the time.

“Hey Jack!  This guy has your album!”

I then got to talk with the Preacher himself.  Fueled by beer confidence, I told the story of my Dad and “The Singing Waterfall” and asked if the tune might be on the night’s playlist.  He assured me that if I came back for the Wednesday night show that they’d work it into the lineup.  (Either the other musicians weren’t prepared or it was a great business move on his part, getting me to pay two cover charges:)

The next night I sat front and center in the middle of a big empty lounge.  And at some point during the second set…

“This next tune is dedicated to Robin’s Dad.  A hymn written and recorded by the late, great Hank Williams, Sr. ‘The Singing Waterfall'”

Preacher Jack’s gotten old and gray like the rest of us from those days.  Here’s a short video of the Man that I remember. 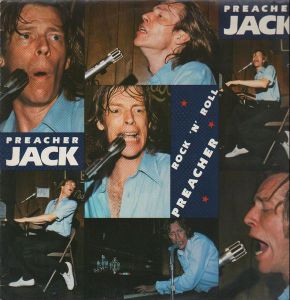 There’s nothing better than Live Music…

Another video for the music lovers. Preacher Jack at the Granite Rail Tavern (12/21/2012)