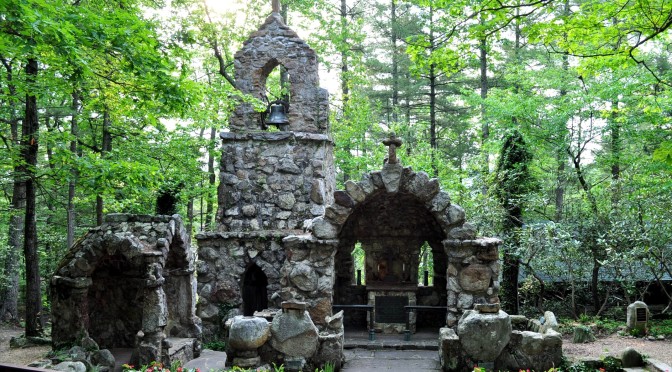 Have you ever had one of those days when everything seems to go wrong?  The world’s just out to get you.  No matter how hard you try to go up, things always seem to drag you back down?

For two months short of a decade, I worked at Shrine Mont, located in Orkney Springs, Virginia.  Shrine Mont is the conference and retreat center for the Episcopal Diocese of Virginia.  I began work there on a very part-time basis, working around my attempts at a career as a solo fly fishing guide.  Food service and fishing, hey that’s a pretty good gig. But then two days in the kitchen turned into six and time with a fly rod in my hand became quite scarce.  I woke up one day and found myself hiring, training and scheduling an entire kitchen staff.  Developing new recipes, planning menus and ordering food for up to 6000 meals a week.  But as Grandfather Knode would say, if you’re going to do something, do it right.  Whether it was playing a game, building a business or simply screwing up, I’ve always seemed to succeed.

Every year at Shrine Mont, there is a weekend retreat known as “Family Camp”.  A special time of year where Shrine Mont is host to hordes of families… grandparents, moms, dads, and kids…for a week chock full of special programs, fresh air, and of course, great food.

Over the course of several years, I had gotten to know a young woman named Catherine.

She was probably thirteen or fourteen at this point.  I don’t remember the reason, but she is forever confined to a wheelchair.  Her Mom carted her into the dining hall every day, always after the majority of guests had left, perhaps to escape the crowds and stares, probably just for the ease of maneuvering around the empty chairs.  Catherine reclines sprawled out in her wheelchair.  Her hands and feet are stretched outwards, but with a slight, painful looking twist.  Sort of like an extreme arthritis patient, but her taut limbs are probably the result of her tendons and nerves having gone haywire.  Catherine looks at you out of the corner of her eyes.  Initially, it seems that she doesn’t trust you, but that’s just the way she looks at things.  She wears a bib at mealtime, her Mom spoon feeds her cut-up bits of meats and coarser foods, she would paw the mashed potatoes and veggies, successfully getting them in the general area of her mouth.

Some people speak and make no sense what so ever.  Catherine doesn’t speak at all.  But she makes a lot of sense with the different gestures of her tiny, constricted body.  If her Mom serves her up a spoonful of something that she doesn’t like, the arms start a flailing, rejected morsels are drooled out of her mouth and she angrily backhands them to the floor.

To express her excitement as I neared her table, her permanently extended body would start flopping in her chair, her skinny legs kicked out of control, and she’d extend her right arm towards me, the palm of her frail hand always facing down.  Not because she was trying to be elegant, but because that’s how you reach out to hold another’s hand when your own arm doesn’t rotate.

So I’d hold hands with Catherine, her hands still slimy with mashed potatoes and pureed carrots.  And selfishly, deep down inside, I’d think to myself that I must be the nicest person ever to have walked on the face of this Earth, after being so attentive to this young woman.

On the last weekend that I saw Catherine, she held out her hand, always shaking like an old woman, and we shared another handshake.  That shaky hand of hers guided mine towards her face and she kissed the back of my hand.

When you’re humbled down to this level, it becomes hard to see over the tray attached to the wheelchair.

So, when my old shoulder hurts or I’m angry having missed the big ballgame on TV for some stupid reason, I try to remember the lessons that Catherine had taught me.

Often times it seems that the people that we look down upon and question why, are in fact, the ones that we should look up to for simple, honest answers.