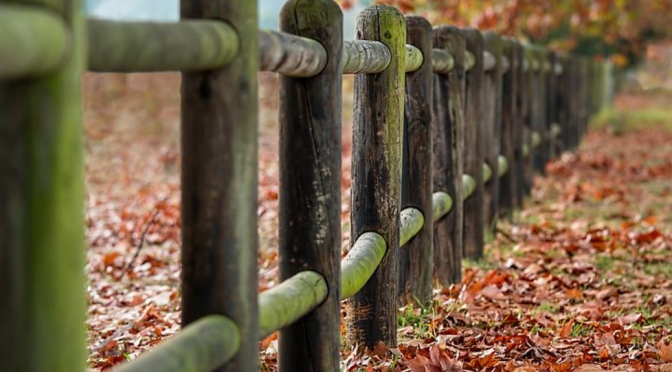 Next to getting ambush kissed by Stephanie Harbison in the first grade, cutting the grass of the family’s yard was by far my biggest passageway into manhood.

I made lap after lap around the backyard of my Dad’s house today, not that the grass needed cutting all that bad after the recent drought, but there were various spots of long blades of grass and the dried-up, fallen leaves didn’t look that good.

I always liked to cut grass.  Outside of showering, or napping or fishing, it’s one of the few things that you can do in the daylight hours without being interrupted.  Left alone to think to yourself.

And as the mower roared and the dead leaves were mulched, some thinking I did do.

As I navigated around the old English Walnut, and bobbed and weaved through the bird feeders, my thoughts had nothing to do with the last time that the feeders had been filled, but of impromptu football games played by the neighborhood kids.  Of how Johnny Lee had inadvertently swallowed a grasshopper after being tackled one day.  When Mrs. Womble, my math teacher, had publicly scolded me, not for bad grades, but for sending her son home once again with clothes soiled beyond the hope of any modern detergent.

And when Stan Latham and I had lined the field of our wiffle ball stadium with a bag of lime straight from my Dad’s old shed, and killed all the yard’s grass along the length of the left and right baselines.

That same Stan was the apple of my younger sister’s eye, the day that she tried carrying the football across the imaginary goal-line stand of several local young boys, then suddenly went off crying to Mommy.  Only to return an hour or so later with a fresh cast on her broken arm and her brother’s regret for many years to come.

The Tuttle family became our new neighbors one year, in the lot next to ours that had remained vacant for so many years.  In what eventually became their backyard, we had planted an annual field of potatoes and heads of cabbage.  Those were the first days of me meeting a gasoline-powered machine, with the mandatory weekly chore of fighting a rototiller through the dry, rocky dirt.

Shortly after the Tuttle family moved in, the teenaged daughter Lynne took to the chaise recliner in their backyard while wearing a flowered-pattern bikini, just as I began to mow the grass of our family’s back forty.  And well-cut our grass was after I had lapped the entire length of the yard some six or seven times, both horizontally and vertically, just trying to catch one little peek.  And what does a young man do after cutting grass all day, but go and take a shower.

It’s late afternoon, the skies are all silver, the leaves are wrinkled and brown.

To round out this day, helping Summer turn to Fall, is some butter melted over apples, sprinkled with cinnamon, brown sugar, and a pinch of nutmeg.  A homemade pie, topped with vanilla ice cream.

One thought on “Just Cutting Grass”