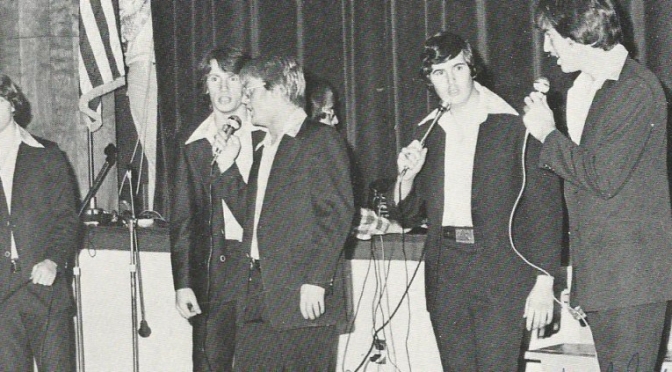 First shared with anyone who would listen on September 1, 2016, this is an audio recording from 1978,  which is the  No. 1 all-time ‘hit’ according to the statistic pages of EarthToRobin.com.

Originally recorded on a handheld cassette recorder by my Dad is the ‘Big Stage’ Premier of “The Central Brothers”–Steve, Rusty, Mark, Robin and Tom, at the Central High School Junior Follies.  (Disclosure; all screaming groupies were actually friends of the band)

Performing the Statler Brothers hit “Counting Flowers on the Wall”

2 thoughts on “The Central Brothers”